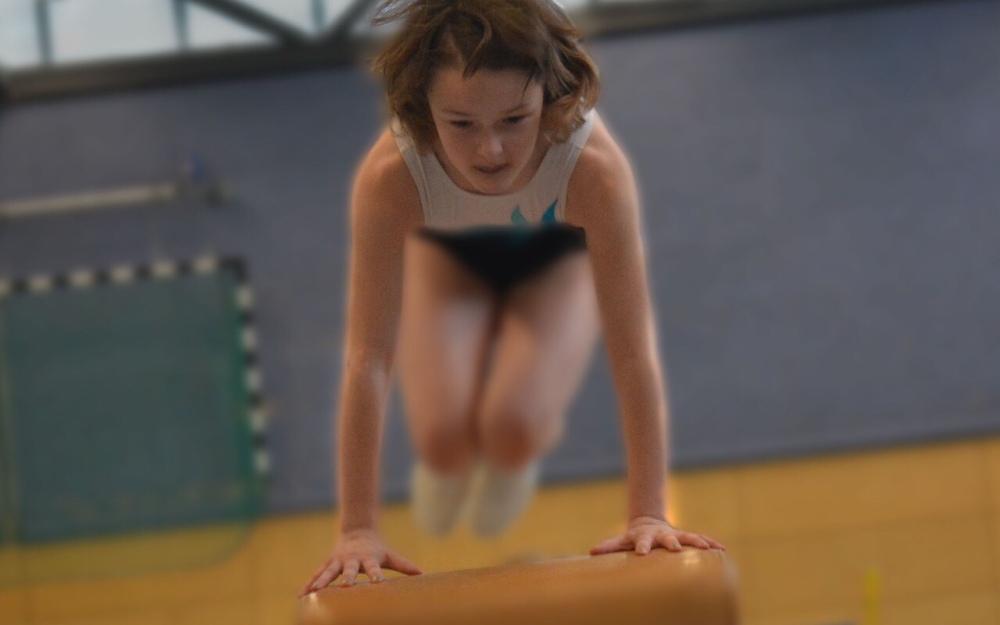 Last week Clare and I trialled out a free baby gymnastics club with our daughters. We had seen it advertised on Facebook and with so many parents commenting it looked like just the activity we wanted to keep them entertained and to concentrate on. We had messaged the club and arranged for the Friday 1pm session, which after getting slightly confused on the exact building, we had arrived late.

We arrived, took our shoes off. Socks on for children, socks on or off for adults. We were told to remove jewellery and anything that was loose and get stuck in. Emily and Scarlet showed little interest in anything beyond the footballs and an odd hula hoop, but a few other children really got themselves stuck in. The session was 45 minutes and most of it was spent running around after our kids who either looked at themselves in the mirror, chased after balls or were more interested in the sing song and a sticker at the end. Apart from one other toddler, who had been going for 6 months who was shown how to do a roly poly, little interaction was given by the staff members.

Apparently that was it. It was all about practise and confidence and Little from them, which for me just seemed a little odd. I wanted Emily to join the group so she could be part of something new and exciting, focus on something, build confidence and make new friends, instead I would be paying £42 for 12 weeks getting to a place not easily accessible to me, for 45 minutes of myself running after my child in a glorified soft play area. If it were more interactive which apparently it is when they hit about 2 & 1/2 – 3yo then absolutely. I hope in a years time we can trial it out again and see the positive impact being a little gymnast can be, but at the moment, I’d rather stick to soft play, some groups and looking at other activities that can interest her.