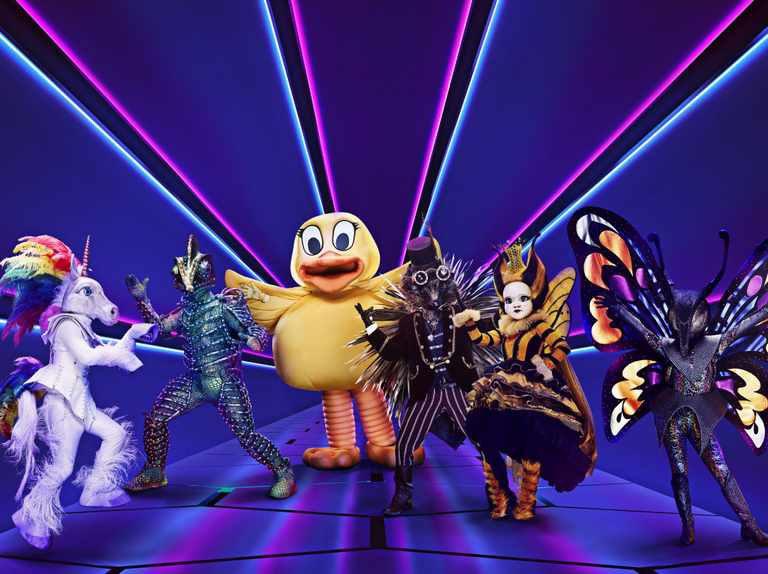 Anyone else feeling a bit WTF with the ITV music show that everyone is talking about?

Everyone is baffled as they try and figure out who is behind the masks. The judges are a mix-match too, who thought up them as a team to judge? Weird.

It’s all very weird though to be honest.

So this singing competition for those that don’t know, was conceived in Korea, has become a hit not just in the U.K. but in the US too. The judges include Davina McCall, Jonathan Ross, Rita Ora and that bloke from The Hollywood actor Ken Jeong. The oddest judging panel ever.

Each unmasked singer is a celeb.

Not sure how celeb-ish they are, but the 3 celebrities who have been revealed aren’t the ones we see or hear about much anymore – ex-Eastenders actress Patsy Palmer, ex-MP Alan Johnson and The Darkness lead singer, Justin Hawkins.

Sorry guys but you’re not what we call celebs in this day and age. Maybe like 15 years ago but nope.

I can’t figure out if I like it or not.

This is the third week we’ve kinda tuned in and I’m still not sure what’s happening. It’s like marmite, except I really like marmite and this is still super baffling.

It is just so damn bizarre.  

12 celebrities take to the stage to sing behind a mask wearing the most ridiculous and crazy outfits over a series of episodes, in which the judging panel and the audience need to decipher who exactly it is.

Basically all the unmasked celebs give a series of random clues and true or false questions to try and hint who they are. I just can’t decide whether I really like it or not. It’s just so weird. I know I keep saying that but it bloody well is.   

If you’re watching it, who do you think are the celebs behind the masks?